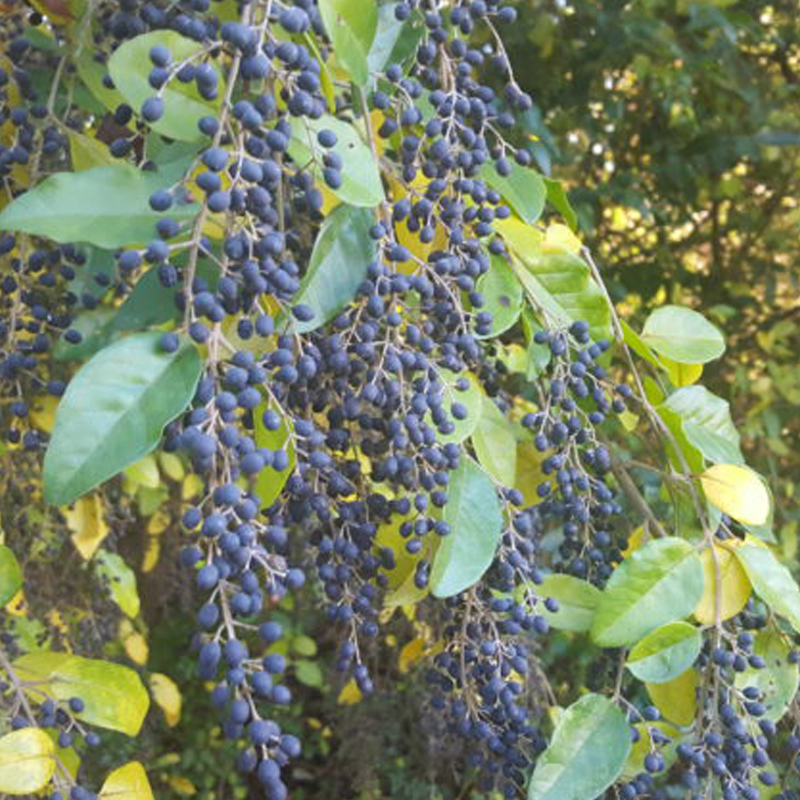 Land owners desiring to protect natural habitat are often surprised to learn that Chinese Privet (Ligustrum sinense), as well as other non-native invasive plants, has not only become established within the land that they care for, but is increasingly degrading it.

Chinese Privet, often simply referred to as “privet”, was introduced in approximately 1850 as a landscape ornamental. For approximately 50 years afterward, it coexisted in what appeared to be a harmless manner. But after the 50 year “lag phase”, it experienced a population explosion, establishing and spreading within agricultural fields, forested areas, and the remnants of undeveloped natural areas within urban areas.

Frequently, land owners fail to realize that the menace plant is present, and instead assume that it’s a native. It’s not until the evergreen shrub has created impassable thickets, that its invasive habit is realized.

Like other non-native invasive plants, privet out-competes native vegetation. As a result, native plants decline, along with the “ecosystem” that they are a part of. In addition, it interferes with recreational uses, as well as natural beauty, due to the impassable thickets that evolve.
Safety is compromised by the presence of Privet due to the thicket type growth habit, preventing pedestrians and other users from being able to spot danger that may use the thicket for cover.  In the event of a fire, Privet thickets provide an abundance of fuel and can increase the severity of damage.

The abundant but unhealthy fruit is devoured by birds and other wildlife, and the seeds from within the fruit are disseminated to wherever it is excreted. This helps the plant spread long distances over a short period of time. As if the above isn’t enough, floral odors and pollen from privet is believed to have severe effects upon sensitive individuals, causing headaches and other reactions. Sold primarily in the southeastern US in a variegated form, its popularity has waned significantly, partly due to its effect on natural areas. But unfortunately, it can still be found for sale.

Controlling Chinese Privet within natural areas is important, and it can be done via a variety of means. Young plants can be uprooted somewhat easily when the soil is moist. Basal sprays, the application of a recommended herbicide plus “basal oil” on lower stems, can be very effective. Other means are available too.

A control method that has proven to be very effective at controlling privet while at the same time having minimal impact upon surrounding vegetation, is the foliar application of “glyphosate” during the winter time after deciduous trees have lost their foliage. The Georgia Forestry Commission provides a pretty good guide for controlling Privet and other non-native invasive plants.